Startseite
Cycling in and around Bad Arolsen

Cycling in and around Bad Arolsen

Get on your bicycle and go! 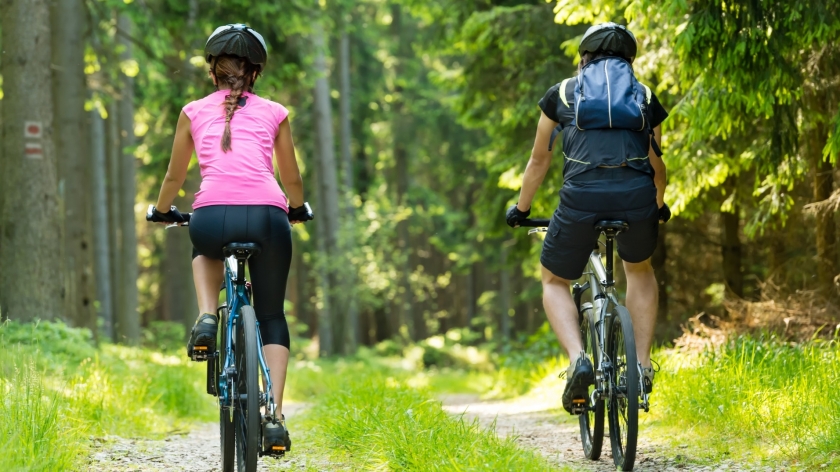 Discover Bad Arolsen and the suburbs of Mengeringhausen, Braunsen, Wetterburg and Helsen on cycling route R1 (approx. 20 km round trip). This is an easy cycling route. There is only one steep uphill stretch at the beginning of the final third of the route.

Cycling route R1 starts at Bad Arolsen train station and leads through charming Mengeringhausen with its many half-timbered houses. Pass the company premises of Hewi and continue towards Twiste, but then make a left turn towards Braunsen. Cycle along the Twiste river and Twistesee lake. At the Twistesee lakeside lido, the cycling trail turns left and goes up, passing the nine-hole golf course. It then traverses the Remmeker Feld until you get to the Fischhaus cafe. From there, you ride parallel with the train tracks until you get to Helsen. In Helsen, follow Prof.-Bier-Straße until you reach the train station, which is the destination of this round trip.

Use the link below to download the route description with a small map including contour lines.

Easy round-trip cycling route from Bad Arolsen to Volkmarsen and back to the starting point, the Residenzschloss Arolsen. On this tour, cyclists have the opportunity to visit the historic old town of Volkmarsen as well as Kugelsburg castle and the Sauerbrunnen mineral springs.

Use the link below to download the route description with a small map including contour lines.

The Oranier-Route takes tourists on a fascinating journey of discovery through Dutch and German towns and regions that have a historic connection to the royal House of Orange-Nassau.

In 1858, Princess Emma of Waldeck and Pyrmont was born at the Residenzschloss in Bad Arolsen. She would later become Queen of the Netherlands. This is where she lived until she married William III, King of the Netherlands. Through this marriage and the birth of her daughter, Wilhelmina, she ensured the continuation of the House of Orange, one of the oldest and best-known royal dynasties of Europe.

The first stage of the House of Orange cycling route starts in Nassau and ends in Diez an der Lahn. The next stage leads to Braunfels, whose castle with its many towers and battlements sits proudly on the basalt hill. On the next day, continue to Dillenburg with its half-timbered houses. From there, continue to Frankenberg through the charming rolling hills. Cycle along Ederauenweg and all the way to Herzhausen. From there, continue on route R5 along the southern shore of Edersee lake until you get to Waldeck. The last stage follows route R6 towards Bad Arolsen. The baroque town of Bad Arolsen in the heart of the Waldecker Land is the destination of this cycling route.

Use the link below to download the route description: