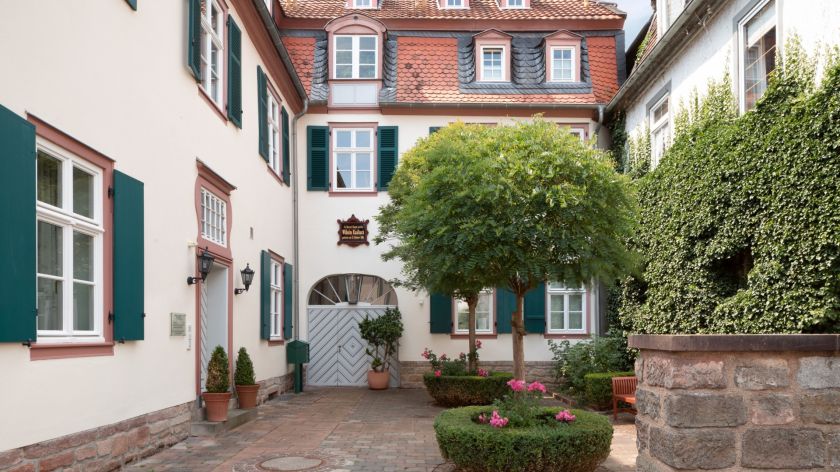 The house was originally built in 1721 with just a single storey. It was among the first three houses in the 'artisan's alley'. The original owner was Anton Borowitz, court trumpeter and purveyor. Additional storeys were added later.

His son-in-law, Johann Ludwig Klein, installed a joinery in the outbuilding. The next son-in-law was again a joiner: Johann Wilhelm Kaulbach (1749 bis 1829), artisan joiner and later mayor of the town. He took over the house and the workshop in 1790. He became the ancestor of the Kaulbach family of artisans and painters.

The room where his famous grandson Wilhelm von Kaulbach (1804 to 1874) was born is located above the workshop. He is the namesake of the street.

Today, the house is privately owned. The museum presents the history of the house. The joiners are represented by their original workshop as well as artisan products. Other topics such as wood, interior design ideas of the time and the Kaulbach family structure are also covered

The Kaulbach-Haus is closed until further notice!