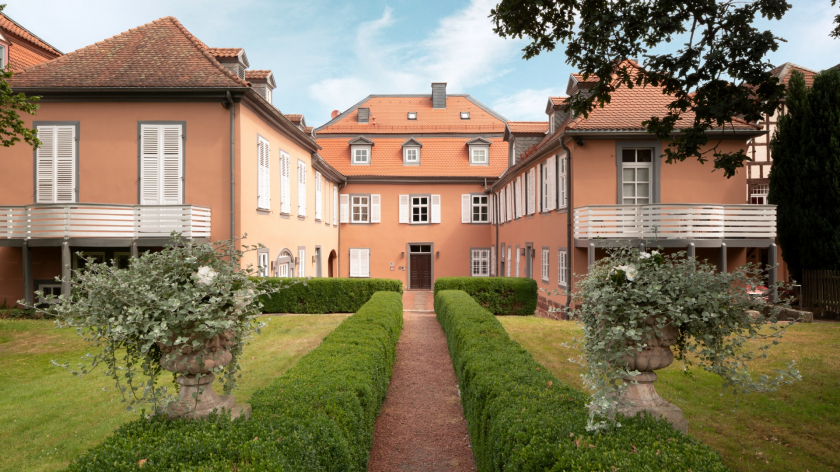 The Schreibersches Haus museum tells the story of the residence of the Waldeck princes. Paintings and graphic works of the Kaulbach collection represent the oeuvre of Wilhelm von Kaulbach's important painting dynasty in the 19th century.

At the same time, Schreibersches Haus is among the three oldest residential houses in Schloßstraße. It was built in 1717 by master builder Julius Ludwig Rothweil as a model for a large residence for a court official.

From 1751 to 1760, the house was owned by Italian wine merchants Brentano, Spozetti and Andree. Privy Councillor Hermann von Sonnenberg bought the estate from them and lived in it for 25 years. The next owner was Prince Friedrich, who remodelled the house between 1785 and 1795 and added two side wings. Thus, an early neoclassicist club and society house was created. The valuable interior decor is the work of court sculptor Friedrich Valentin (1752 to 1819). In 1869, Councillor Schreiber bought the estate. It remained in the Schreiber family for 110 years. The Town of Bad Arolsen bought the national monument in 1979 from Schreiber's descendants and commissioned extensive renovations and restoration work.

Since 2013, the building has been the property of the 'Hannelore-und-Heinz-Jürgen-Schäfer-Stiftung' foundation. The foundation maintains the house in cooperation with the Town of Bad Arolsen and the Museumsverein association and makes it available for cultural purposes.

The Schreibersche Haus is closed until further notice!